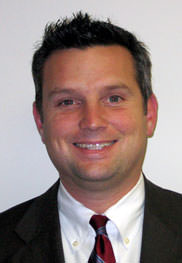 A Registered Professional Engineer, Frost joined Alliance Consulting Engineers in 2004 as a Project Manager with responsibilities that include planning and design of the site engineering for industrial parks, subdivisions, and commercial developments, and extensive work with water, wastewater, grading, storm drainage, roadway, and stormwater design.

Over the past eight years, Alliance has grown from its main office in Columbia to now four regional offices. Frost has been an integral part of that expansion.

“Jamie has contributed towards our growth over the past eight years,” said Deepal Eliatamby, President of Alliance Consulting Engineers, Inc. “As Project Manager of scores of projects across the region, he has demonstrated the highest degree of professionalism while offering valuable service to our clients. We are excited and proud that he has accepted our offer to be a shareholder of the firm.”

“Alliance Consulting Engineers, Inc. has a reputation for exceeding its clients’ expectations through excellent customer service,” says Jamie Frost. “You won’t find a harder working group of professionals in the state. I am honored to be a part of the team and now, a part owner in the company.”

This past year, Alliance Consulting Engineers, Inc. was chosen as the consulting engineer for the new $500 million manufacturing plant for Continental Tire in Sumter, South Carolina as well as Nephron Pharmaceuticals’ manufacturing campus in Lexington, SC. Previously, Alliance has been engaged with numerous other marquee projects around South Carolina including QVC, Monster.com and Home Depot. In the Upstate, some of Alliance’s projects include the 2.1 million square foot Adidas Distribution Center in Spartanburg, the 1.1 million square foot Dollar General Distribution Center and the Gestamp Manufacturing facility in Union County, and projects in Cherokee, Laurens, Anderson, and Spartanburg counties.